I worked for ten years as an investigative human rights journalist in Central America and five years as a hate crimes researcher in the deep South of the United States. My research has always been fueled by the desire to promote justice and to amplify the voices of those who have been ignored.

Over the past 20 years I have employed the tools and methods of ethnography, participant observation, investigative journalism, community-based research theory, environmental survey methods, and public survey methods to answer these questions: Who has power? How does power flow through and between institutions and cultures? How can power be redistributed to promote social, economic and environmental justice?

In Central America, as a United Nations researcher, I co-authored a report on the labyrinthine Nicaraguan electoral system; the UN used this report to brief hundreds of ele 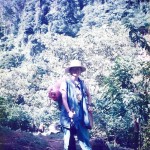 ctoral observers. In Guatemala, I conducted two years of ethnographic research on one of the worst massacres of the 40-year civil war, the erasure of the village of Dos Erres, where over 200 people were murdered and buried in a 30-foot dry well. Former General Efraín Ríos Montt, an ally of former President Reagan, was responsible for this massacre. In May 2013, Ríos Montt became the first military dictator in the world to be convicted of genocide in his own country.[1] I was one of dozens of human rights researchers, attorneys and forensic anthropologists who prepared the legal foundation for this historic conviction. In Guatemala, I also researched a human rights report for US congressional representatives who used this data to help convince the US to cancel military aid to that country in the 1990s.

Later, when I returned to the United States, I began working as a hate crimes and civil rights researcher in Alabama. There I spent two years analyzing police data, conducting public surveys, and then finding and interviewing hate crime victims, predominantly gay men and African Americans. I then published this research in the state’s first comprehensive hate crimes report. This research had an immediate impact: Alabama police appointed the state’s first hate crimes officer and began reporting these crimes to the FBI for the first time in that state’s history.[2]

Finally, while working for the Department of Environmental and Community Sociology at UW-Madison, I conducted ethnographic interviews in Spanish with Mexican and Central American dairy workers throughout Wisconsin. The university’s Program on Agricultural Technology Studies published our research team’s findings in a series of reports, see “Immigrant Labor on Wisconsin Dairy Farms.”

Doctoral Research: One Bird, One Park, One World 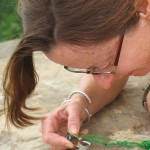 ether knowledge of this biodiversity changes public attitudes towards urban green spaces and wildlife. I am particularly interested in how shifts in public attitudes can translate into behavioral, management and policy changes. I also used the theoretical lens of environmental justice to examine how race and class affect who has access to public greenspace.

During five years of field work, I conducted a case study as an embedded participant who was directly involved in a political organizing process to rebuild a connection to place through biodiversity surveys and environmental education. This case study became an action-research dissertation. It was a quantitative and qualitative investigation incorporating archival research, ornithological fieldwork, ethnography, participant observation, media analysis and quantitative surveys.

The action-research project began when my husband and I bought a small home across the street from Warner Park, Madison’s second-largest urban park in 2007. 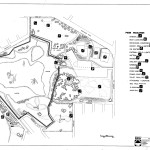 100 are still woods, meadows, thickets and wetlands. Sandwiched between some of Madison’s poorest and wealthiest neighborhoods, this park is also a center of human diversity, with a baseball stadium and a major community center.

In 2009, I began a participatory citizen-science avian survey in Warner Park, involving my college students, our middle school participants in the service learning program I created called “Nature Explorers,” neighbors, and members of the Madison Audubon Society. Together my undergraduate students and our middle school explorers found species #100, a yellow-bellied sapsucker, in Warner Park. Local media covered their discovery of the 100th species.

Some of my students then testified before the Madison Board of Parks Commissioners to share their findings and educate policymakers about the biodiversity in this public greenspace. 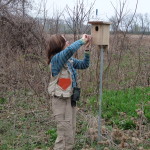 h the backing of the Madison-Audubon Society, I received a citizen science grant from the Wisconsin Department of Natural Resources for the research project: “One Bird, One Park, One World: Geolocation Monitoring to Help Dane County’s Children Map the Routes of Neotropical Migrant Birds.”

Over 60 percent of the birds at my field study site–Madison’s Warner Park– were long-distance migrants that winter on the Gulf Coast or in Latin America, presenting a unique opportunity to educate college students and neighborhood children about bird migration and the importance of preserving habitat in their local park.

This project used rapidly evolving geolocation technology to map the routes of gray catbirds. Like other migratory birds, the gray catbird connects an urban park in a US city–Warner Park–to ecosystems thousands 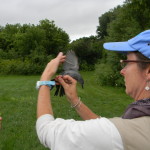 of miles away (Ryder, et al, 2011). Solar geolocators are tiny, thumb-sized backpacks that collect data on the bird’s location while the bird moves about. I chose this species because it is easy for the public to see and hear in the park, and this species often returns to the same area to nest (Johnson and Best, 1980).

Under the direction of avian ecologist Dr. Anna Pidgeon, we geolocated 15 Warner Park catbirds. We recaptured four, after they returned from 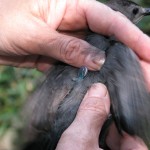 migration, and used the data to create migration route maps. Our preliminary data strongly indicated that the grey catbirds of Warner Park winter in the southern Yucatán and in northern Guatemala.

Many of the children in the Nature Explorers after-school program that I created are Latino, see news article. My undergraduate environmental studies students utilized this research to teach these children ho 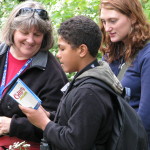 w catbirds live in two worlds, and that the birds that they see every day, in their park, may also live in the same region as their extended families in Mexico or Central America.

While conducting this research, I discovered a major city development plan to urbanize Warner Park’s wetland, our outdoor classroom. The city plan would have destroyed valuable bird habitat. This is how my dissertation morphed into a community-based action-research project to protect Warner’s wetland and its biodiversity.

First, I co-founded an environmental advocacy group and began leading nature walks. The Wild Warner project changed policy through research, advocacy and public education. In five years of outreach, public attitudes towards the park have shifted. We halted the development plans and the group won a public service award. Through investigative research, we discovered that Madison had been violating the Clean Water Act in our wetland for 21 years. In July, the Army Corps of Engineers ordered the city to restore the wetland.
[1] “Gen. Efrain Rios Montt of Guatemala Guilty of Genocide” by Elisabeth Malkin, The New York Times, May 10, 2013.
[2] “City Appoints Hate Crimes Officer” by Jannell McGrew, the Montgomery Advertiser, October 16, 2001.